An Objectivist Critique of Mormonism? 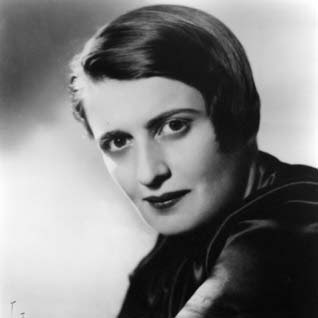 A friend of mine, Chris Brown, has written an excellent article looking at the objectivist critique of Christianity and examines whether or not it applies to Mormonism, for LDSFreemen.com. His introduction:

Many latter-day saints were drawn to ideas of laissez-faire capitalism after reading Ayn Rand’s best-selling novel Atlas Shrugged. While Rand’s views are foundational to her fiction works, it is in her non-fiction works, and particularly those of the founder of the Ayn Rand Institute Leonard Peikoff, where her philosophy—Objectivism—is delineated and developed into a more coherent framework. While Objectivism heavily criticizes Christianity as nothing more than mysticism, the more relevant discussion for this article regards whether this criticism applies to Mormonism. It is meant to answer whether the Objectivist judgment of Christianity in general, including faith and the nature of God, also applies to Mormonism.

In order to answer the question it becomes necessary to understand how Christianity is defined in the Objectivist system. The answer is neither simple nor straightforward because of revealed Mormon doctrine regarding the Apostasy, or the general falling away from the Truth that occurred over time. Additional complexity arises because Mormons, who also consider themselves Christians, employ the same, or at least similar, terminology as other Christians, but sometimes with sharply different definitions.

Unknown said…
This is squaring the circle. Objectivism's criticisms of Christianity may pose no threat to Mormonism, but the policies that Objectivism embraces are diametrically opposed to the teachings of the Savior. Objectivism's social stances more closely mimic the positions of Nehor and Korihor than those of the restored gospel.
August 3, 2009 at 2:18 PM

I was very specific in only comparing the three axioms of Objectivism--and not the entire philosophy--to Mormonism. Footnote 1 of my article should have made that clear. Please explain how that is squaring the circle.

Also, what social stances in particular are you referring to? Why not write an article for LDSFreemen summarizing your thoughts on this?