Showing posts from October, 2009
Show all

What's This Fuss About DNA? 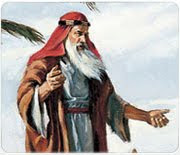 Michael De Groote wrote a nice series of articles for  MormonTimes  that quickly examines the fuss about DNA and the Book of Mormon. Reading this short series is a great way to get educated on the issue. It's a 4-part series; part 1 , part 2 , part 3 , and part 4 . The introduction: Somewhere among the varied coasts of the two American continents was landfall for a small group of ancient Israelite seafarers led by a prophet named Lehi. Whether they stepped upon the sands of an empty or crowded continent is at the heart of the DNA debate over the historical nature of the Book of Mormon. Ugo Perego, an Italian-born researcher in human genetics, tries to look with a scientist's eye at the controversy surrounding DNA and the Book of Mormon. He is a bit impatient with some of the strong conclusions of some critics and LDS apologists. There is too little data. He believes critics and apologists need to be cautious. "I see that from both the critics' side and the LDS
Post a Comment
Read more

An Apostolic Witness of the Book of Mormon 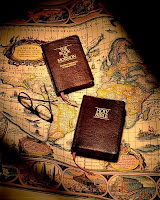 One of the highlights for me of the 179th Semi-annual General Conference was Elder Holland's testimony of the Book of Mormon . It is much better watched (.wmv)  than read, but here is an excerpt: As one of a thousand elements of my own testimony of the divinity of the Book of Mormon, I submit this as yet one more evidence of its truthfulness. In this their greatest—and last—hour of need, I ask you: would these men blaspheme before God by continuing to fix their lives, their honor, and their own search for eternal salvation on a book (and by implication a church and a ministry) they had fictitiously created out of whole cloth? Never mind that their wives are about to be widows and their children fatherless. Never mind that their little band of followers will yet be “houseless, friendless and homeless” and that their children will leave footprints of blood across frozen rivers and an untamed prairie floor. Never mind that legions will die and other legions live declaring in the fo
Post a Comment
Read more

The Mormon Myth of Evil Evolution 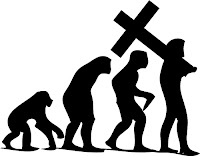 Ask your average member of the Church of Jesus Christ of Latter-day Saints (the Mormons) what he thinks of evolution , and he'll probably tell you it's a fallacy. Ask him what his Church says about evolution and he'll probably tell you that Church doctrine says it's a fallacy as well. He would be wrong. The Mormon Church has no official doctrinal position on the question of organic evolution. Many members are unaware of this. Mormon apologist Michael R. Ash , however, is completely aware of the debate that has taken place about evolution among members and leadership in the Church, and put that knowledge into a great essay that seeks to clear the myth held by so many that the Mormon Church has a negative view of evolutionary theory. His introduction: Several years ago while teaching the priests’ quorum, part of my lesson focused on the deceptive methods used by Satan. I asked my class for suggestions as to what tools, techniques, and deceptive teachings Satan employs.
Post a Comment
Read more
More posts