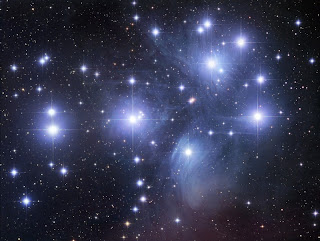 I've discovered a fantastic, thought-provoking website at LDSPhilosopher.com. I've enjoyed reading through their archives and I'm sure I will be sharing more from their site as time goes on.

One of their series of posts is named "Intelligence & Agency" and I wanted to link to it from here. The series is about what the Lord means by intelligences in the scriptures. There has not been too much revealed on the topic and these guys do a pretty good job deciphering. After reading the series, I posed a question regarding the millennium and received a satisfactory answer. Here are some excerpts:

There are a lot of vital doctrines the Lord usually focuses on: priesthood, repentance, the second coming. Usually it seems like he chooses such doctrines because they are vital to our salvation or help us in the process of repenting and becoming like him. On the other end, there are a lot of things he has chosen to not reveal: the full process involved in creation, the timing of the second coming, the history of the lost tribes. Usually it seems like he withholds such doctrines because we’re not ready to understand them, or because we don’t need to know them. Revealed truth doesn’t exist in a vacuum. The Lord always has a purpose for every bit of information he reveals, and it usually involves some kind of moral obligation on our part. He doesn’t reveal things on a whim, just to satisfy our curiosity.

So why bother telling us there is a mysterious something called intelligence and then not tell us anything more about it?

Some people think of humans this way: since we were created by God, he decided the initial set of variables in our spirit, and that set of dispositions and inclinations causally determines all our later decisions, which cannot be genuine choices. Free will, then, must be a myth. But since the set of variables and equations are so complex and beyond our understanding, it appears to us that we have free will. So it is a helpful myth that we like to believe.

Through the lens of creation ex nihilo, humans seem like mere puppets that act out the will of their divine puppeteer, or dominoes that merely fall because they were pushed by another domino from behind. It’s difficult to see how humans have a will of their own, because every part of their makeup was determined by the Creator, and thus every “choice” is just the inevitable result of the initial set of conditions they were created with.

But when we understand that a part of us, “intelligence” as used in the standard works, has always existed, then it’s easy to see that we have a will of our own.

Imagine for a moment a situation in which only some of these ingredients [for there to be agency] were present. The potential for agency would exist, but agency in its fullness would not be functioning. If I tell you to choose whichever candy bar you want, but I only offer you a Butterfinger, agency is not in force. When you complain that you don’t like Butterfingers, imagine if I said, “Then why did you pick it?” I may remind you that you are accountable when exercising your power to choose, but it’s a farce of agency, because you didn’t really have anything to choose between (opposites).

Perhaps intelligence, before it is organized at spirit birth, constitutes such a situation, in which not all the ingredients necessary for agency are present.

Introductions and links for each post in the series can be found here. Great read!