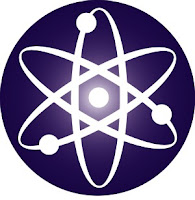 I just finished reading a graphical adaptation of Charles Darwin's "On the Origin of Species". Although it was heavily abridged, it covered the basics and did so alongside some interesting graphics. It serves as a great introduction to evolutionary theory, and my kids are sure to enjoy it.

Science is the observation and discovery of the natural world. That's all it is. Sometimes our perspectives are skewed, but those are sorted out through open dialogue and debate. Progress is made when all sides are free to observe, discover, and share.

There's nothing to be afraid of about scientific research qua scientific research. It says nothing about God or the Plan of Salvation. Yes, many scientists are also atheists and will try to use science to attack God. But this is a perversion and an abuse of science. These charlatans should be ignored.

What can those believers in God interested in scientific discovery do? They can open their minds and join the fight for truth. Become a scientist. Become a biologist. Use your talents to observe, discover, and share your findings with other scientists. There's no reason that science and religion have to be adversaries. They are both conduits to truth, and in the words of Brigham Young, "'Mormonism' includes all truth. There is no truth but what belongs to the Gospel." I believe that. If a scientific discovery is true, it belongs to Mormonism, custom and tradition be damned.

Dallin Crump said…
Excellent thoughts. Reminded me of a video I saw of a respected scientist who believes in God: http://lds.org/pages/we-lived-with-god?lang=eng
August 31, 2011 at 12:54 PM