Mormonism is Not That "Other Gospel" 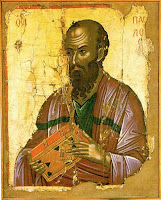 My LDSLiberty.org colleague and National LDS Examiner Greg West wrote a fine piece in 2009 explaining what qualifies as "any other gospel" whose preaching of was warned about by Paul the Apostle. An excerpt:


At this point, it is clear that "another gospel" was actively being preached by antichrists--predominantly Gnostics--while the apostles yet lived. That other gospel, from the end of the first century into the fourth century, overtook and corrupted the simple gospel taught by Jesus and the apostles. That "other gospel" is what is taught by sectarian Christian churches today. Those who accuse Latter-day Saints of teaching "another gospel" are actually the historical heirs of the other gospel of which Paul and John warned their contemporaries. Mormonism is the restoration of the teachings of the primitive Church in its infancy, before this apostasy occurred.

Latter-day saints teach the gospel as it exists in the Bible, before the time of these controversies and the corruptions of men. The Bible itself tells us that the preachers of the "other gospel" would teach that Jesus had not come in the flesh and thus could not have died as a ransom for sin and be resurrected from the grave.